skip to main | skip to sidebar

I decided to start this blog as a way to explain some commodity trading basics to beginners or people who are not very familiar with trading commodities based on technical analysis and studying commodity price charts. For some reason, I feel more drawn to the beginner than anything else, mainly because I remember what it was like when I was first starting out, not knowing a clue but yet very eager to learn. I first learned about futures trading the same way many of you out there first learned about it, and that was through Ken Roberts. For those who may not know who he is, he basically created an educational package that teaches the basics of how to trade futures using price charts as your guide. There are thousands of people all over the world that came to understand the whole business of commodity trading through Ken Roberts’ course, so I can’t hate on him to any degree, although the more “official” futures trading analysts, commodity industry experts, and so forth don’t put much credence in his methods, because his techniques are very simple and geared towards the beginner. The funny thing is, I can honestly say that you don’t need to know much past the basics to make money in the futures markets anyway. The commodity markets are an unruly beast, and for some reason we as human beings love to make things more complicated than they are, thus making it even harder for us to make sense of something as involved as futures trading. The truth of the matter is, you can do just fine with a price chart and a basic understanding of support and resistance, as well as something known as the 50% retracement level, which I will cover in more detail in subsequent posts.

If someone asks me what markets I like to trade the best, I usually respond by saying whichever one has a chart that looks good. I seem to gravitate towards the grains for whatever reason…I have traded corn and wheat probably more than anything else. For those that are not yet fully familiar with the different instruments that are available to be traded, here’s a quick primer: You have the Grains, which are basically corn, wheat, soybeans, soybean meal, soybean oil, rice, canola, barley (a.k.a. Western Barley), and oats (which are still somewhat the “Wild Wild West” of the grains). There are also some categories of grains, such as different types of wheat (spring wheat, red wheat, etc.) and even some soybean variations traded on foreign markets. Then, you have the Metals, which are gold, silver, platinum, copper (also known as High Grade Copper), palladium (which I really don’t know who trades in that one), and aluminum. Then you have the Meats, which are comprised of pork bellies, lean hogs, live cattle, and feeder cattle. For some reason, I haven’t really touched the meats all that much. I have traded a couple of feeder cattle options, but that’s about it. Maybe I have a “vegetarian approach” to the markets (baaaad joke). Next up, there’s the Softs, which are basically goods that can’t be classified properly anywhere else, such as cotton, orange juice, lumber, cocoa, sugar (also known as Sugar # 11—don’t know what the # 11 stands for), and coffee. Then you have the Currencies, which I really don’t feel like listing all of them because there’s a bunch of them (how many countries are out there?), so I’ll give some of the main ones: U.S. Dollar, Swiss Franc, Canadian Dollar, British Pound, Japanese Yen, Mexican Peso, Euro FX, Brazilian Real, on and on, more than I feel like naming. Then, you have the Energies, which are crude oil (public enemy number one right now), heating oil, gasoline, natural gas, and ethanol. After that, there’s the Indices, which are basically derivatives pegged to some type of popular index, such as the S&P 500, the NASDAQ 100, the Russell 2000, the Dow Jones, and on & on. I have never really delved into the world of the Indices; I just like what I like, and that’s mostly the Grains, Metals and Softs. Last but not least you have the Financials, which includes the bond market—the largest market out there. If you think about it, that makes sense, because nothing known to man can be bigger than government debt. Also included in the Financials category is the Eurodollar, the 1-Month Libor (which stands for London Interbank Offer Rate), and other instruments that are normally tied to some type of interest rate. I don’t fool with these too much either, because I just have a slight case of paranoia about any market where one announcement from some suit at the Federal Reserve can send the entire market into a tailspin in short order. I guess, when I think about it, I like the more tangible and physical types of commodities, because for some reason they just make more “sense” to me and seem more “real” to me.

At any rate, I just realized how long this post is, and it’s time to sign off. We’ll dig into some more commodity trading basics in future posts, such as the different types of commodity exchanges and so forth. Until then…happy futures trading!
Posted by The Commodity Wizard at 9:44:00 PM

These are really good Commodity Trading Tips. I have also a point to share with you. If you are beginner in Commodity trading then don't invest all of your money in just 1 basket, this may loss you. Apart from this just invest small part of your money in trading so that you can sure that you will earn only profit. So be careful while trading. 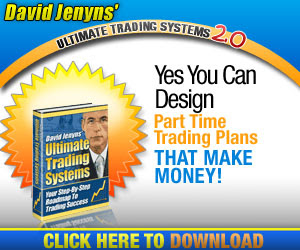